We're delighted to bring you the progress report for July. Check it out to learn more about the upcoming Bank Accounts Marketplace, the Libra project and what's next for SelfKey.
11 Aug 2019 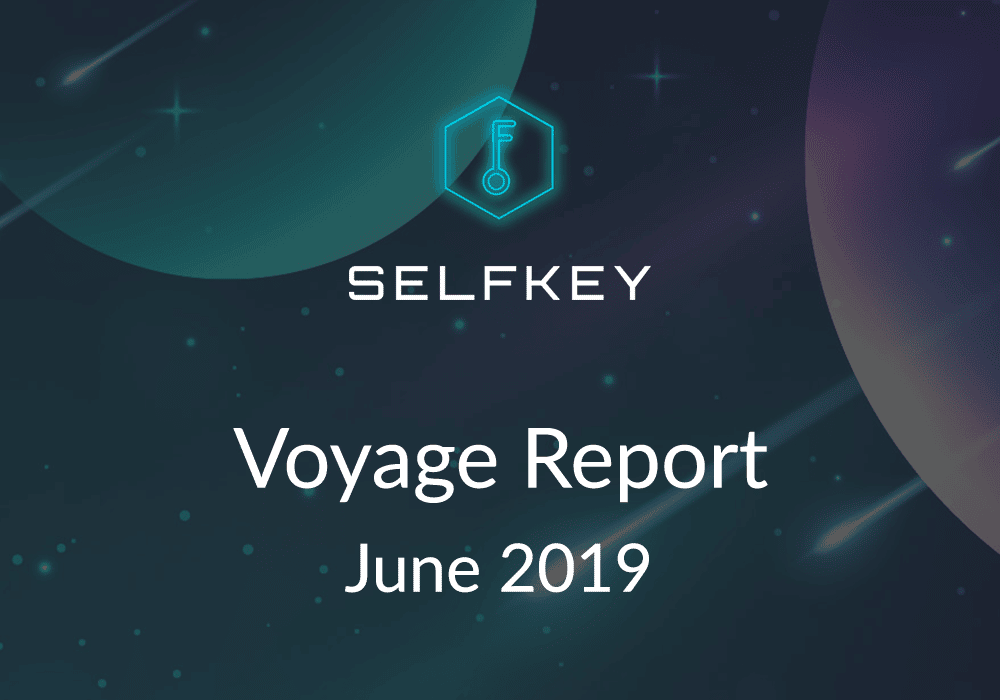 Final preparations before the Marketplace launch on the 14th of August!

Hello and welcome to the SelfKey progress report for July. It was another busy month for the SelfKey team as we successfully completed testing for the Bank Accounts Marketplace and are now ready to launch on the 14th of August.

The launch of the Bank Accounts Marketplace has been keenly anticipated by the SelfKey community and represents an important milestone in our history.

This new vertical will be accessible to you from within the SelfKey Wallet, which is your free and open-source portal to a host of excellent services. These include a state-of-the-art cryptocurrency wallet, as well as a Marketplace which allows you to open a business abroad and - from the 14th onwards - open a bank account as well.

The launch of a new Marketplace requires incredible dedication from the SelfKey team and support from the community - making this a good time to thank you for joining us on our voyage.

If you want to learn more about how the Bank Accounts Marketplace will work or why you should be excited about it, make sure to check out our detailed blog posts. For now, download the free SelfKey Wallet and provide feedback in the Telegram group.

Next up: Corporate Wallet & Mobile Wallet

At SelfKey we’ve identified a dearth of services that work well for corporations within the blockchain space. Most Wallets and exchanges are set up specifically for individuals, and often lack important features for enterprises.

The Incorporations Marketplace - launched in March of 2019 - was the first step down this road but there is a real need for a robust Corporate wallet. The SelfKey Identity Wallet could serve as a strong stepping stone towards a service that delivers a sophisticated permissions system, auditability and much much more.

Additionally, it is clear that the world is going mobile. Mobile internet usage now exceeds desktop and tablet, meaning that a dedicated SelfKey mobile wallet is becoming increasingly sought after.

Once the Bank Accounts Marketplace launches on the 14th, the SelfKey team will turn its attention to both the corporate and mobile Wallet. Stay tuned!

Facebook's Libra project remains headline news in the blockchain-space and their PR machine is hard at work. As a result, we dedicated quite a few blog posts to Libra with the aim of shedding some light on a rather opaque topic.

For us at SelfKey, Libra represents a dangerous shift, in which multi-billion dollar corporations try to get a foothold in an industry which is primarily about increasing individual freedom.

The whole point of Bitcoin and the wave of modern cryptocurrencies is to remove the need for middlemen and empower individuals. Facebook's entry into the space has the potential to subvert this mission. We shouldn't fall for it. READ MORE.

What Does Facebook’s Token Mean For SelfKey

In our review of the Facebook token we expressed serious doubts whether Libra would ever launch. It seems clear that AML and antitrust concerns are currently too grave to allow the project to launch unless wide-ranging changes are made.

That being said, we should seriously consider the impact a successful Libra project would have, not just on the blockchain space but on SelfKey specifically. There is enough evidence to suggest that Libra could have a significant positive impact on SelfKey in the years to come. READ MORE.

We’re excited for the launch of the upcoming bank accounts marketplace. Once live, Wallet users will be able to open a bank account in many excellent jurisdictions. Here are 10 great reasons why you should try it! READ MORE.

How Does The SelfKey Bank Accounts Marketplace Work?

We’re very excited for the upcoming SelfKey Bank Accounts Marketplace. It represents an important milestone for SelfKey but also for the blockchain space as a whole. We explain how it works and why you should care below. READ MORE.

At SelfKey we’re building a system designed to keep your identity safe. As of 2019, many people still don’t understand how broken the current system is. Despite the weekly data breaches exposing millions of records - putting highly sensitive data into the hands of malicious actors - the problem does not get the attention it deserves.

To counter this, we are tracking every data breach in 2019 in the hope that documenting its continuous failure we can provide a wake-up call for those who may not have thought deeply about modern identity management.

In July 2019, over 105 million personal records were exposed. READ MORE. 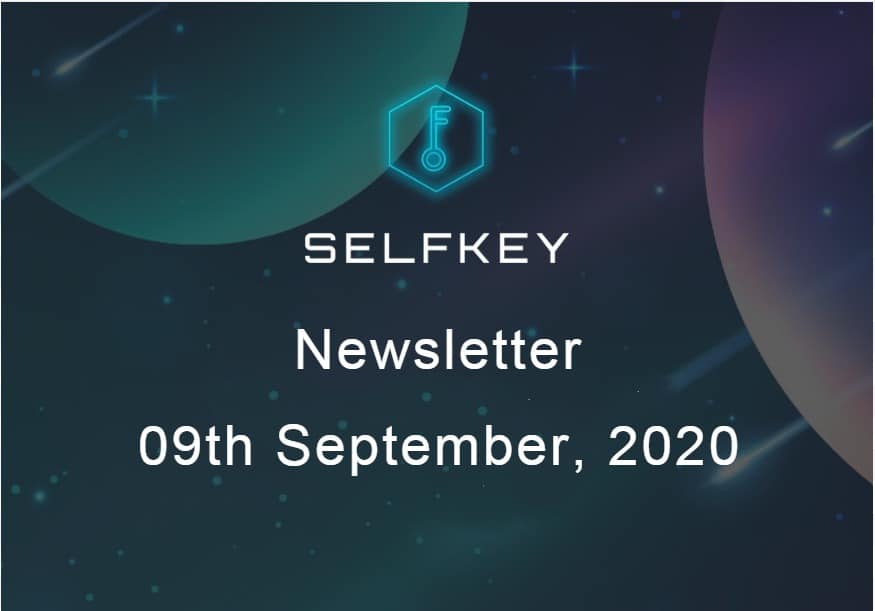 10 Sep 2020
The August Progress Report is here!🔔
SelfKey Weekly Newsletter Date - 09th September, 2020 In this edition, read all about our monthly progress report and more.

23 Apr 2019
10 Reasons to Start A Business Overseas | Your 10 Minute Guide
You’ve landed on this blog post so you’re probably considering the possibility of starting a business overseas. Maybe you’ve done some digging and realised that your… 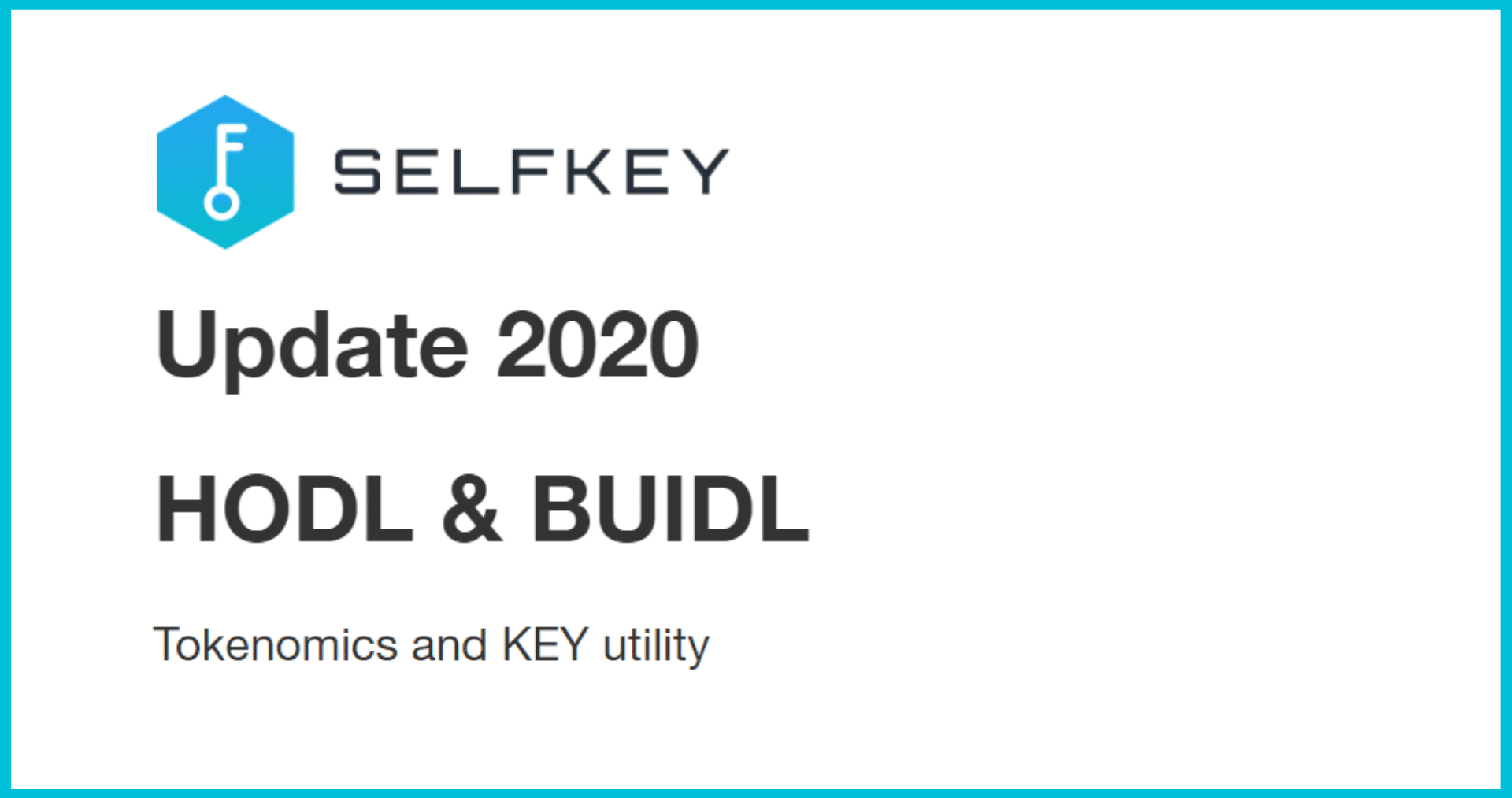 25 Mar 2020
[Chapter 3] Tokenomics & SelfKey FAQ - Update 2020 HODL & BUIDL
In chapter 3 of the SelfKey R&D Team's update for 2020, we take a closer look at Tokenomics and answer some of the most frequently asked…
READ MORE ARTICLES
get selfkey app