SelfKey had released some major updates and news during August. This progress report is a compilation of all that happened during the month of August 2021. 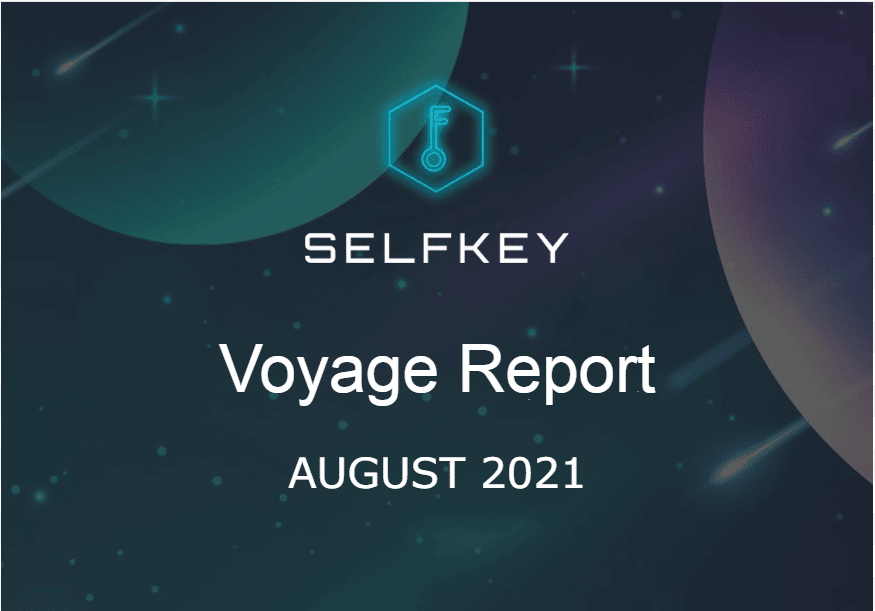 Both the SelfKey Wallets – desktop and mobile, received major updates.

The latest version of the SelfKey desktop Wallet comes with a major update – support for EIP-1559.

Traditionally for a transaction on the Ethereum network to complete, the transaction cost was determined when a user chooses a specific Gas price and when miners accept this Gas price. The EIP-1559 will modify this traditional auction method.

EIP-1559 has now introduced two types of fees for a transaction – a Base Fee and a Priority Fee.

The base fee amount may be adjusted up and down by the Ethereum protocol based on the congestion on the ETH network. When the network exceeds the target per-block gas usage, the base fee increases slightly, and when capacity is below the target, it decreases slightly.

The priority fee, on the other hand, is used to compensate miners. Users can also manually set the transaction max fee to bound their total costs.

In addition to the changes to the fees structure, a burning mechanism has also been introduced to the Ethereum network for the first time. Since the implementation of the proposal, more than 155,000 ETH (equivalent to ~US$ 550 Million) has been burned.

With the latest update, the SelfKey desktop Wallet allows users to utilize the EIP-1559 changes.

Some of the other minor updates include:

The Desktop Wallet underwent another release with version v1.9.11. The major updates in the release include:


The SelfKey Identity Wallet is a free identity solution for Windows, Linux and Mac. Get yours today!

The mobile Wallet also had some infrastructure updates, bug fixes, and performance improvements.

That’s all for this month. Check out our previous Progress Reports here. Stay safe, and Thanks for reading.