Yet another exciting month has passed, and here is the SelfKey progress report for the month of January, 2021. 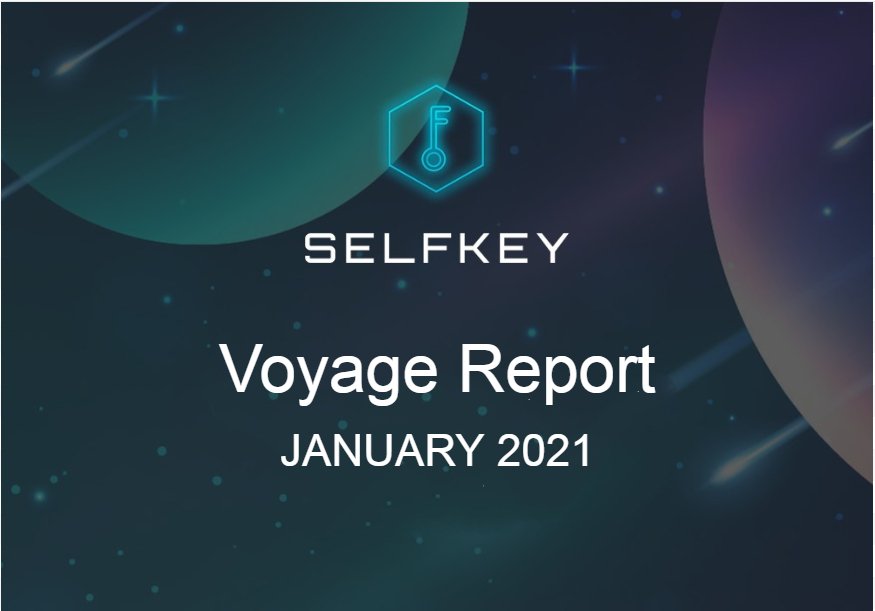 In this month’s progress report we bring you the latest developments, as SelfKey strolls towards our ultimate vision of helping to develop a decentralized identity ecosystem.

The SelfKey Identity Wallet for desktops had got upgraded to HD Wallet in December. January also saw the desktop wallet getting an update.

The major updates included in this release are:

January also saw both the Android and iOS version of the SelfKey Identity Wallet getting updates.

The mobile Wallets received updates for the following:

The CoinTiger had decided to list the KEY token on the CoinTiger exchange on 14th January at 18:00 (GMT+8). CoinTiger is a centralized exchange, with reportedly more than 4 Million users worldwide.

The listing occurred for the KEY/USDT pairing and also involved a 500,000 KEY giveaway for users who met Cointiger criteria for eligibility.

Moreover, as part of the listing partnership, CoinTiger had hosted an AMA session with Edmund Lowell.

CoinTiger is one of the prominent centralized exchanges, and SelfKey is proud that the KEY token will be listed on the CoinTiger exchange.

KEY Token to be Listed on CoinTiger

Cointiger has decided to list the KEY token on the CoinTiger exchange on 14th January at 18:00 (GMT+8). CoinTiger is a centralized exchange, with reportedly more than 4 Million users worldwide.

CoinTiger had listed the KEY token recently and hosted an AMA session with Edmund Lowell. Here is a recap of the AMA.

That ends the major project developments during the month of January.

We are grateful for all the support and encouragement from you that keeps us motivated to deliver the best.