SelfKey Progress Report July 2021 – July has been an exciting and eventful month. Here is all the news and updates regarding SelfKey. 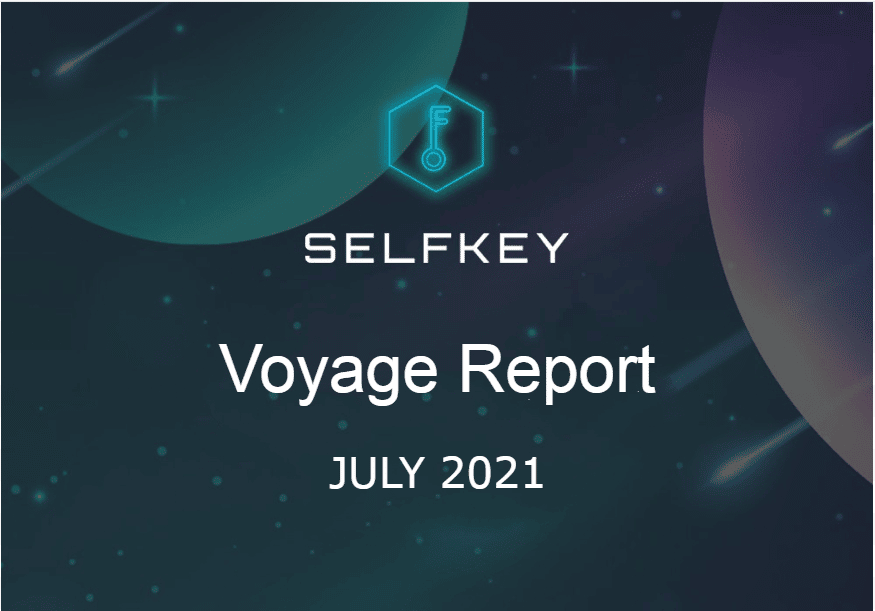 The SelfKey mobile Wallet v0.5.6 and the desktop Wallet v1.9.8 were released in July.

The latest version of the SelfKey mobile Wallet includes bug fixes and performance improvements. Here is the list of the major updates on this release:

After the successful completion of all the five snapshots concerning the KEY and KEYFI double airdrop, the distribution of the airdrop happened on 13th July through Binance.

In February, we announced eligible KEY hodlers on Binance would receive not one but two airdrops – KEYFI & KEY tokens.

Read more about the distribution here.

Bridging Fiat and DeFi with the SelfKey Wallet

The latest version of the SelfKey Wallet allows users to purchase KEY tokens using their credit/debit cards. The integration with MoonPay thus allows SelfKey users to easily convert their fiat currencies to crypto, resolving a primary obstacle for an average user seeking to enter the DeFi space.

That’s all for this month. Stay safe, and Thanks for reading.